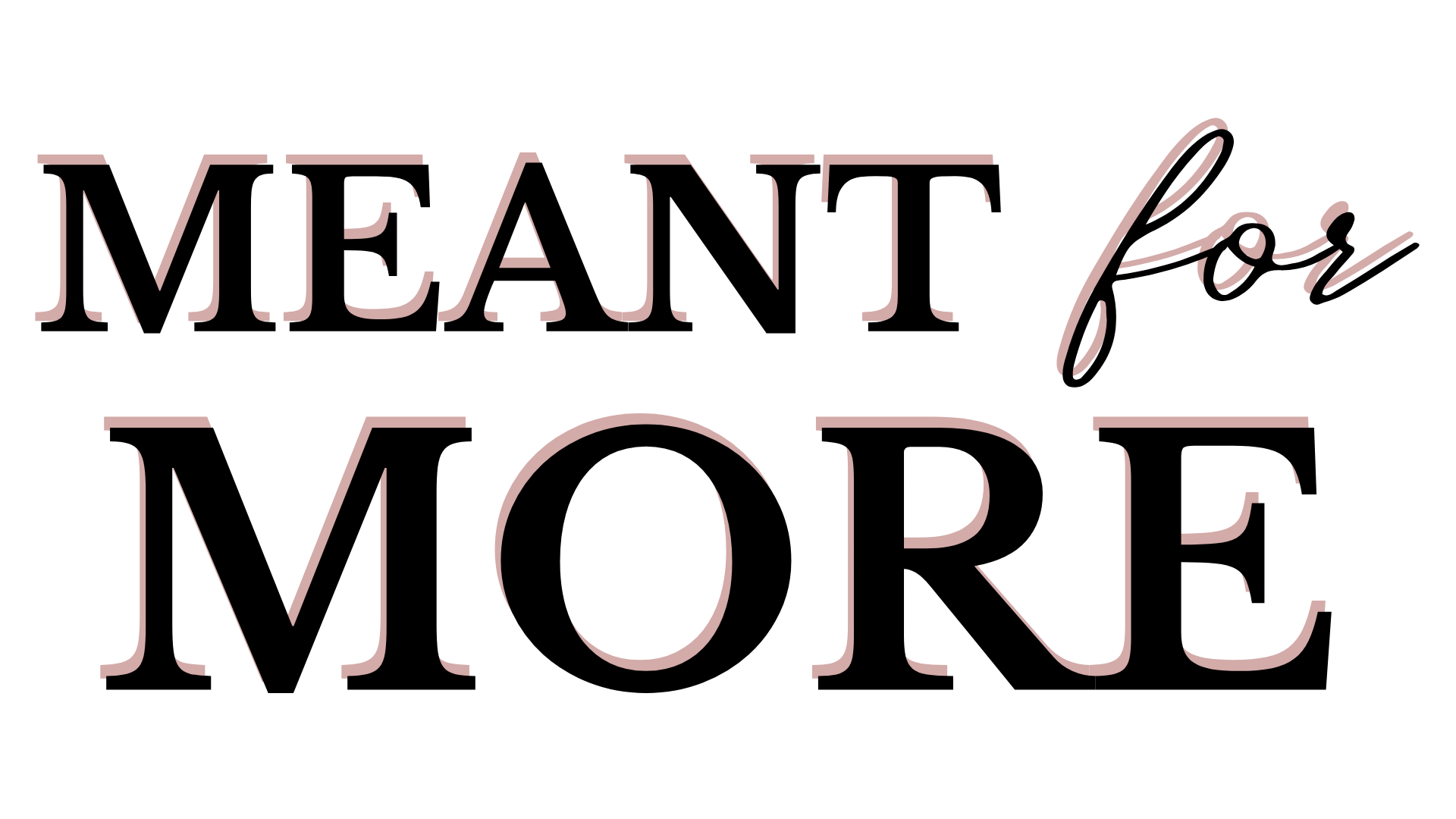 Hey Sis! Welcome to Meant For More
Ignite Your Purpose
and Dare To Be All That God is Calling You To Be And Dream-Chase His Way
We believe it's time to STOP safely hiding in the background and simply managing your dreams. God is calling His daughters UP and OUT and the time is NOW.
We DARE YOU to stop living in partial potential and dare to do all that God is calling you to do. God uses broken people who are willing to follow Him and forge the future - with faith - that His plans are GOOD.
In a broken world, there has never been a more urgent need for Daughters of God to live fully alive in their God-given identity, ignite their purpose and "live a life worthy of their calling" for just a time as this...

The Community The Podcast
The Events
The Book
The Devotional
The Challenge
Meet The Founder
Hello, and Welcome to Meant For More
Ignite Your Purpose
and Dare To Be All That God is Calling You To Be And Dream-Chase His Way
We believe it's time to STOP safely hiding in the background and safely managing your dreams. God is calling His daughters UP and OUT and the time is NOW.
We DARE YOU to stop living in partial potential and dare to do all that God is calling you to do. God uses broken people who are willing to follow Him and forge the future - with faith - that His plans are GOOD.
In a broken world, there has never been a more urgent need for Daughters of God to live fully alive in their God-given identity, ignite their purpose and "live a life worthy of their calling."
Featured In:

What Is Meant For More About?

Meant For More is a place where we ignite the purpose inside of each other and
dare to dream the BIG, crazy, amazing dreams that God has placed on our hearts.
We dare to believe God is who He says He is and we dare to do all that God is calling us to do.

MEANT FOR MORE
The Community
Think of it kinda like an activating of your purpose + women's ministry + faith-filled bible study besties + igniting your Big-God-Sized dreams + prophetic activation + kick your booty into massive action with the biggest supporters cheering you on every step of the way, all wrapped up in one place, designed to help you ignite purpose, and dare to do all that God has called you to do...for just a time as this...
It's called the Meant For More "Ignitors." It's the Membership Community of Modern Day Faith-Filled Women who are igniting their purpose and dream-chasing God's way...
...and we DARE YOU TO BE A PART of what God is doing in this community...
Text the word "COMMUNITY" to 833-231-8098 to be notified when doors open. Stay Tuned...
MEANT FOR MORE
The Podcast
The Meant For More Podcast is the place to get your daily inspiration, new insights, as well as great tips and tricks from top experts.
With over 100 episodes, you're sure to find something you love and that speaks to you.
Grab a glass of your favorite tea, prosecco, or sparkly water and head on over to the podcast to listen to the messages that are sure to hit home.
Meant For More Podcast Click Here For The Podcast
Click to Submit Your Story To The Podcast Click Here to Submit Your "Meant For More Moment"
MEANT FOR MORE
The Events
Join Charity Majors LIVE, along with other modern day faith-filled Christian women who believe it's time to STOP safely hiding in the background and safely managing their dreams.
God is calling His daughters UP and OUT and the time is NOW to turn your mess into your message, dare to believe God is who He says He is, and walk full out in your God-given purpose.
Meant For More LIVE Click here for tickets
MEANT FOR MORE
The Book & Devotional
In the book, Meant For More; Igniting Your Purpose in a World That Tries to Dim Your Light, Charity Majors shares real experiences and insights on what’s really going on inside of us - how we dim our light and how we all struggle to find and step into our purpose - even when we already know what it is. She answers questions as to why women feel the need to tear each other down, how to build your tribe, and how to know and grow in the gifts your Creator has given you.
She gives not only stories and insights, but online resources for you to plug into, such as tutorials, her exclusive FB group, personality tests, ways to discover your gifts, and more!
You will be challenged to own your purpose - unapologetically - so that you can make a meaningful impact in the world and shine bright, no matter what anyone else may say.
------------------------------------------------
The DevoDeck is a devotional, designed as a card deck.  Imagine grabbing your favorite coffee mug, your bible, and the Devo Deck. Pull a card from the deck knowing that exact moment with God is just what you need.
Each card contains an identity statement affirmation, a worship song to listen to, a verse to read and prophetic message, journal prompt or guided encounter that is meant to lead you to the heart of God.
Know who you are, who's you are, and how much you are loved with the Devo Deck by Charity Majors
Meant For More Book Click Here to Check Out The Book
DevoDeck Devotional Click Here To Check Out The Devotional
MEANT FOR MORE
The Challenge
Bust through fear, gain unshakable confidence and get what you really want out of life.
When you complete the challenge you fill be confident in your unique gifts, you will let go of limiting beliefs, you will grow in your internal and external confidence, you'll have the tools you need to get out of overwhelm and into action, plus a great community supporting you along the way.
This is a 14-day video training course with Charity Majors.
Join the challenge TODAY and get started right away...
Join The 14 Day Challenge Click here for info

Charity Majors is an author, international speaker, author, podcaster, a soulful mindset coach and an online social media marketing & business strategist, that has impacted thousands of women, all around the world, to ignite their purpose, dare them to be all that God is calling them to be, to unapologetically take their pain, turn it into their purpose, give themselves permission to take it to the platform to put God's goodness on display, so they can make a major impact and help make earth look a lot more like heaven.
Charity is the author of Meant For More; Igniting Your Purpose in a World That Tries to Dim Your Light, a #1 new release and #2 best seller, as well as the creator of the popular 14-days to Unshakable Confidence Challenge.
She is a former TV host, the host to the popular Podcast called "Meant For More", and has been speaking, training, and facilitating transformational retreats, workshops and events for over 15 years.
She is the writer and creator of the prophetic devotional card deck called "The DevoDeck," which encourages and guides women through encounters with the heart of God, to know His word, worship wholeheartedly and helps them understand their true identity of who they are and who's they are as loved and chosen daughters.
Her expertise in psychology, confidence and equipping rising leaders, with her proven and proprietary Major I.M.P.A.C.T. Method, that helps lifestyle entrepreneurs, coaches, speakers and authors go from idea to launch to profit to impact.  She also works with aspiring speakers and her M.E.S.S.A.G.E. Blueprint, which helps them  turn their mess into an impactful messages, facilitate the room and host profitable events. They go from "pain to purpose to permission to the platform" in her trainings.
She is a graduate of Bethel Supernatural School of Ministry and Prophetic Trainers from The Prophetic Company, along with equipping & impartation from The Prophetic Lab, Bethel Worship School, Global Awakening School of Healing & Impartation, and more.
Charity has learned from and been equipped by top leaders, speakers, trainers and pastors such as Bill Johnson, Kris Vallotton, Hailey Braun, Bethany Hicks, Dan McCollam, Randy Clark, Tom Jones, Laurie Anne Kendrick, Johnny & Elizabeth Enlow, Havillah Cunningham, John Maxwell, Jack Canfield, Lisa Nichols, and more.
God imparted and called Charity to create the "Meant For More" movement after going through the journey of losing a child...after journeying through the dark night of the soul and finding true healing as well as the impartation that each of us are divine miracles formed and fashioned by a Good Father, that we are each here on purpose for a purpose and that He works ALL things out for good, she is on a mission to ignite and equip the Bride of Christ to walk full out in her identity and to see the More of God manifest here on earth.
She is following the call to be a communicator, a community builder, a prophetic voice and activator of the spiritual gifts that God has given each of His sons and daughters (but especially His daughters).
Her favorite titles (besides loved, beautiful and favored daughter of the King) are “Babe” to her husband, Chris, and “Mama” to her son, Judah. She believes that nothing is worth creating or building unless it comes from a space of healthy family and keeping the "first things first..."
She also is a recovering plant killer, a total book-nerd, loves to adventure around the world (and in the cute boho camper that her and her hubby remodeled) and doesn’t take herself too seriously (because there is enough serious stuff in this world and dance parties, messy buns with sweat pants are a must).
She believes that modern-day Christ followers can be "normal," fun, powerful, see miracles, have a glass of wine, be influential, and are called to bring heaven to earth in their spheres of influence. We are God's plan A for the world and it's high-time that we start acting like it.
She loves Jesus and a good glass of prosecco. She blasts worship music and sometimes jams out to old school gangster rap because she used to be cool like that back in the day ;) She finds herself somewhere in the middle of the unforced rhythms of grace and pursuing the big God-sized dreams in her heart, while juggling #momlife, date night, girl time, and sitting at the feet of Jesus. Her favorite foods are Thai food and Mexican food (bring on the spicy stuff)!
One of her favorite days (besides the beautiful home birth of their son), was when her and her family went to Africa and gave over 100 pairs of shoes to orphans and under served children. 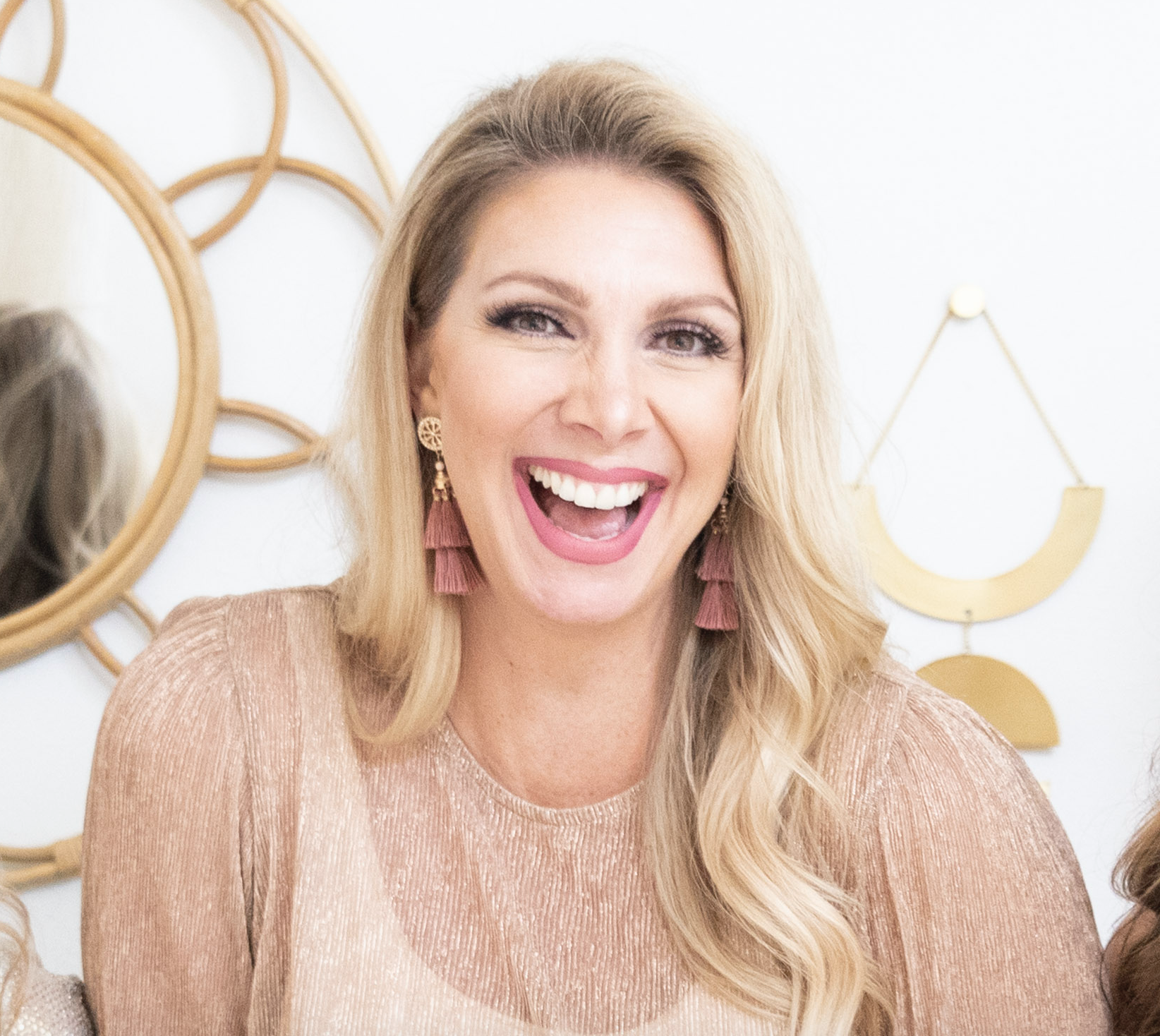 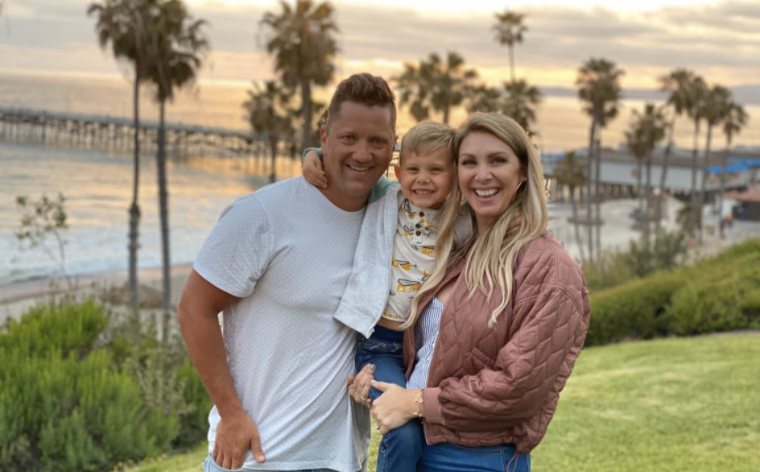 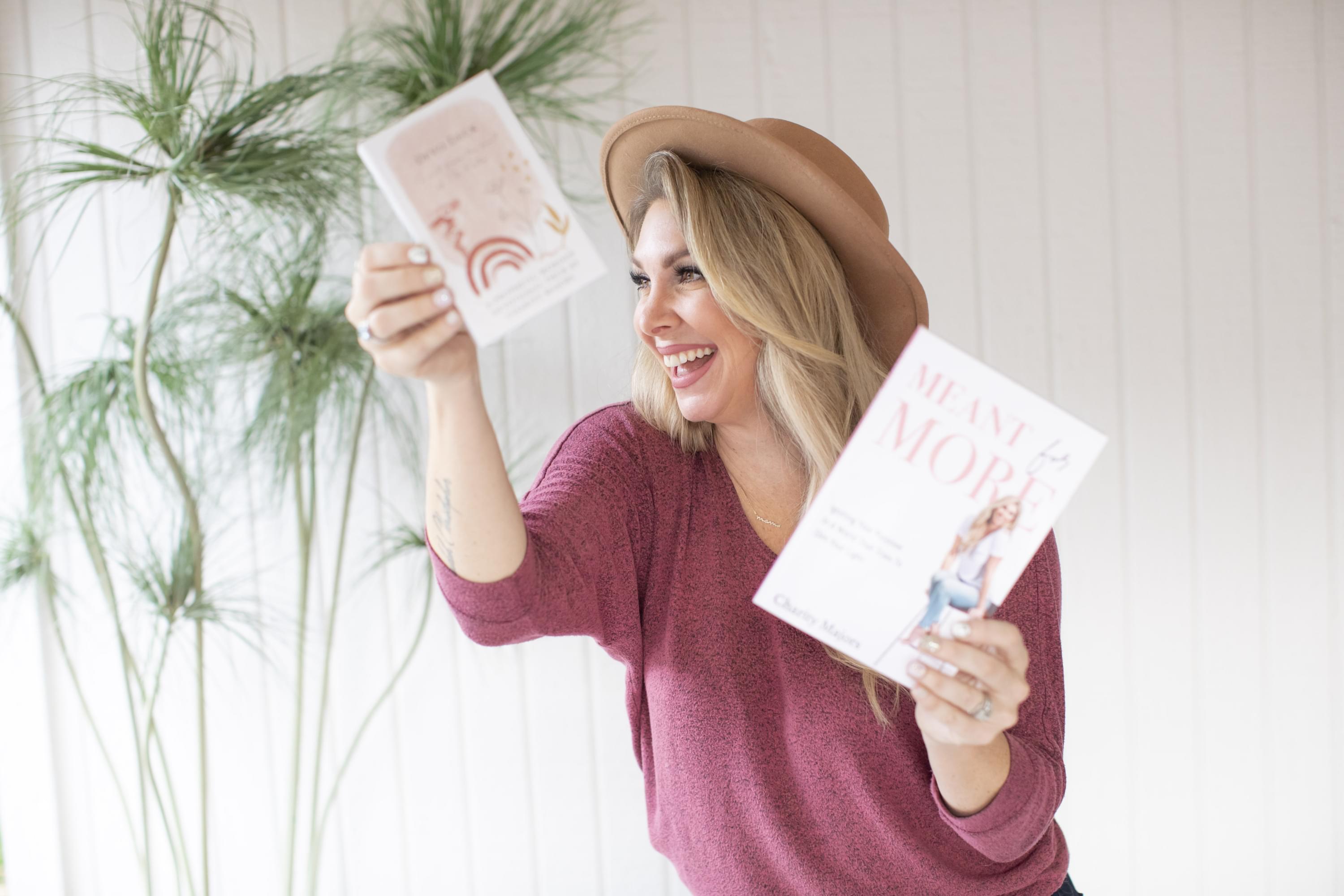 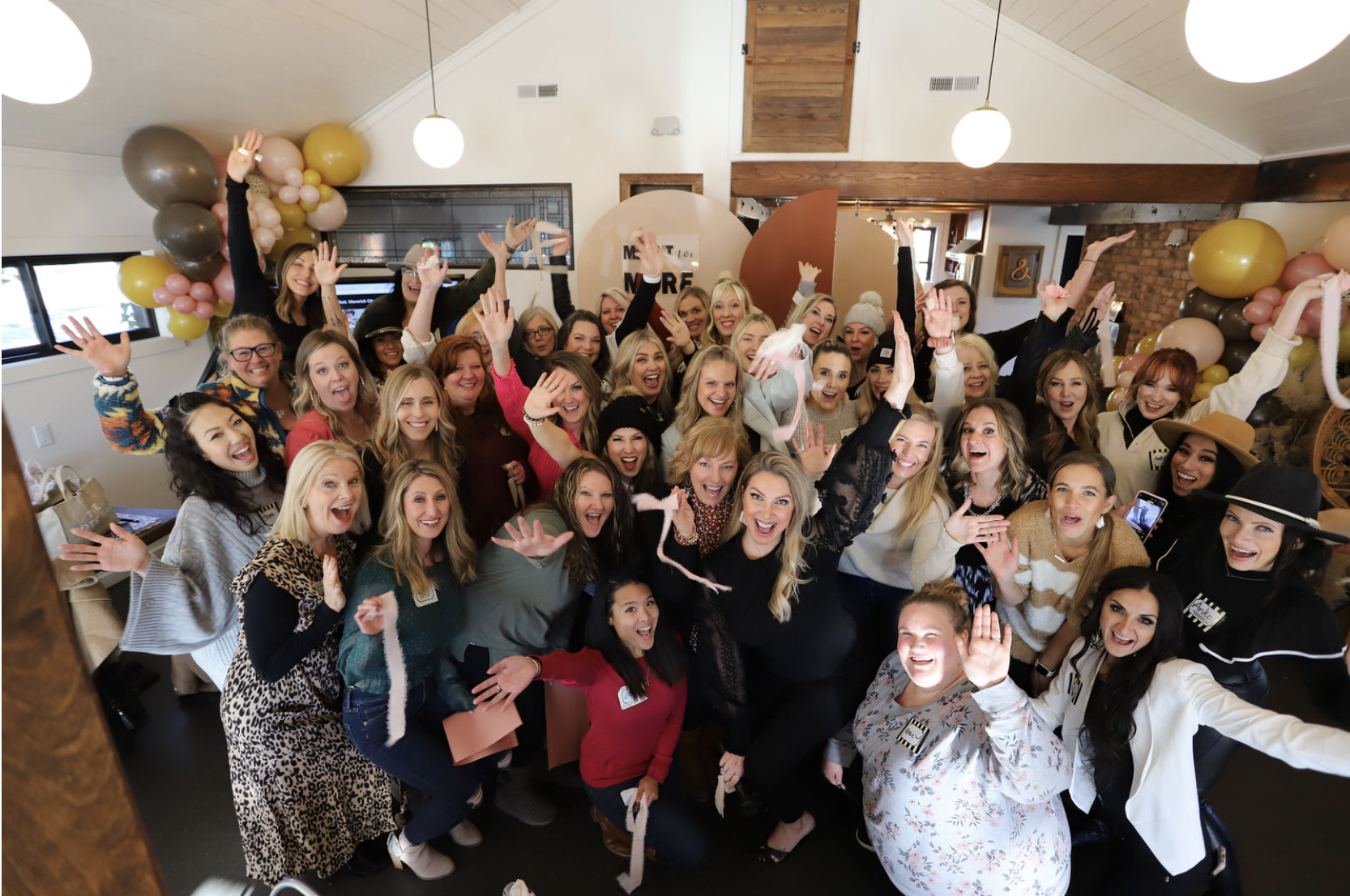 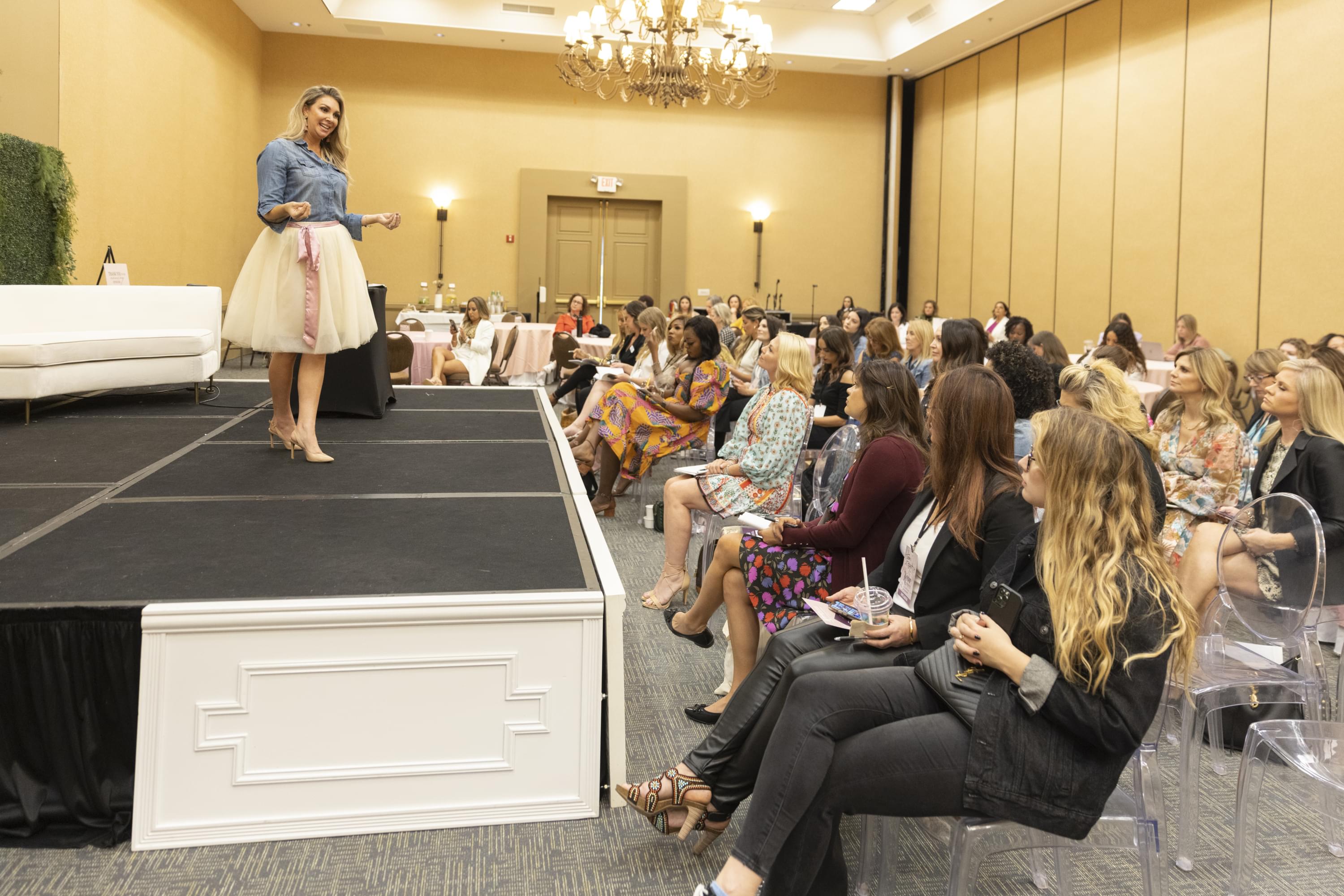 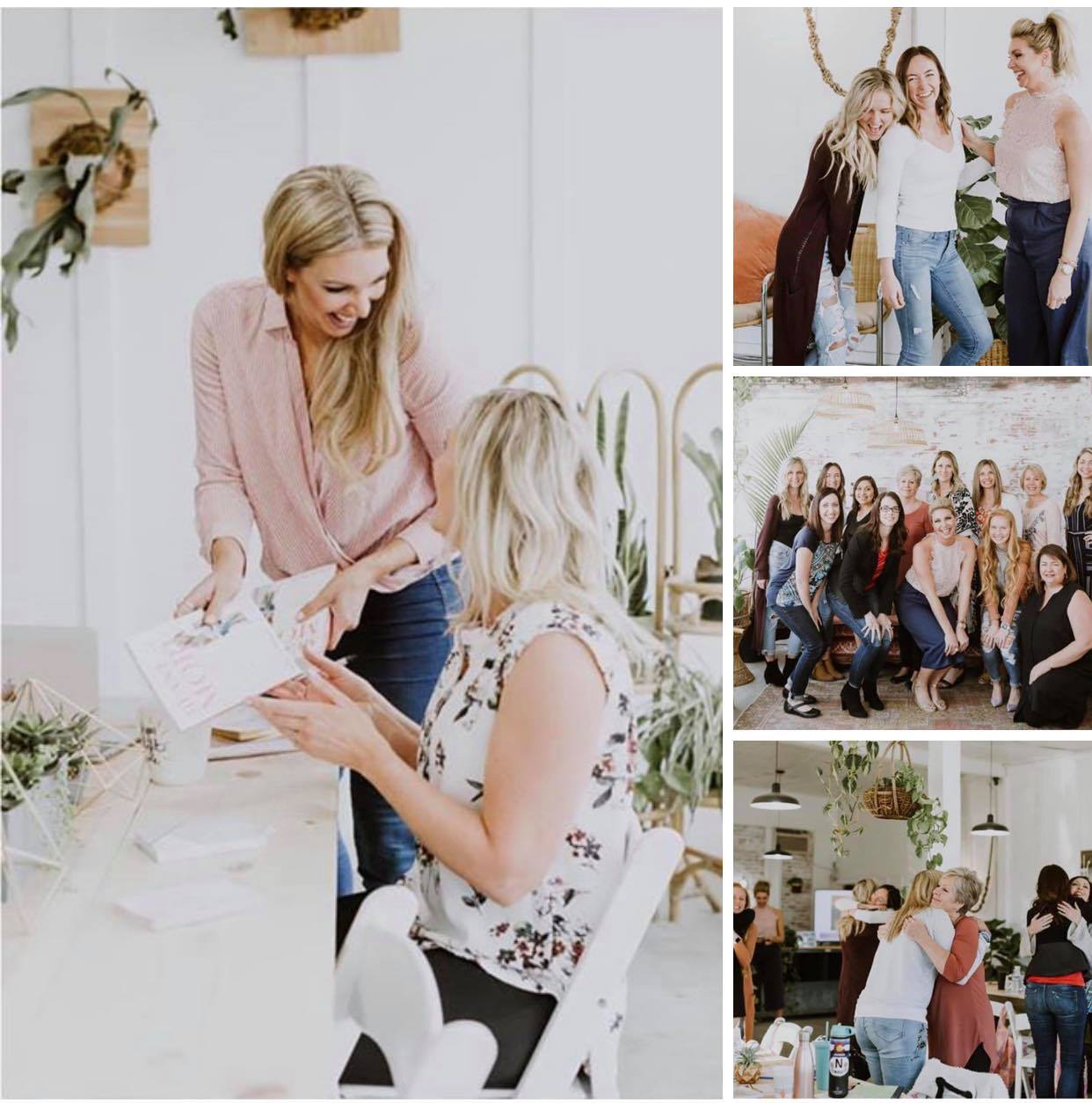 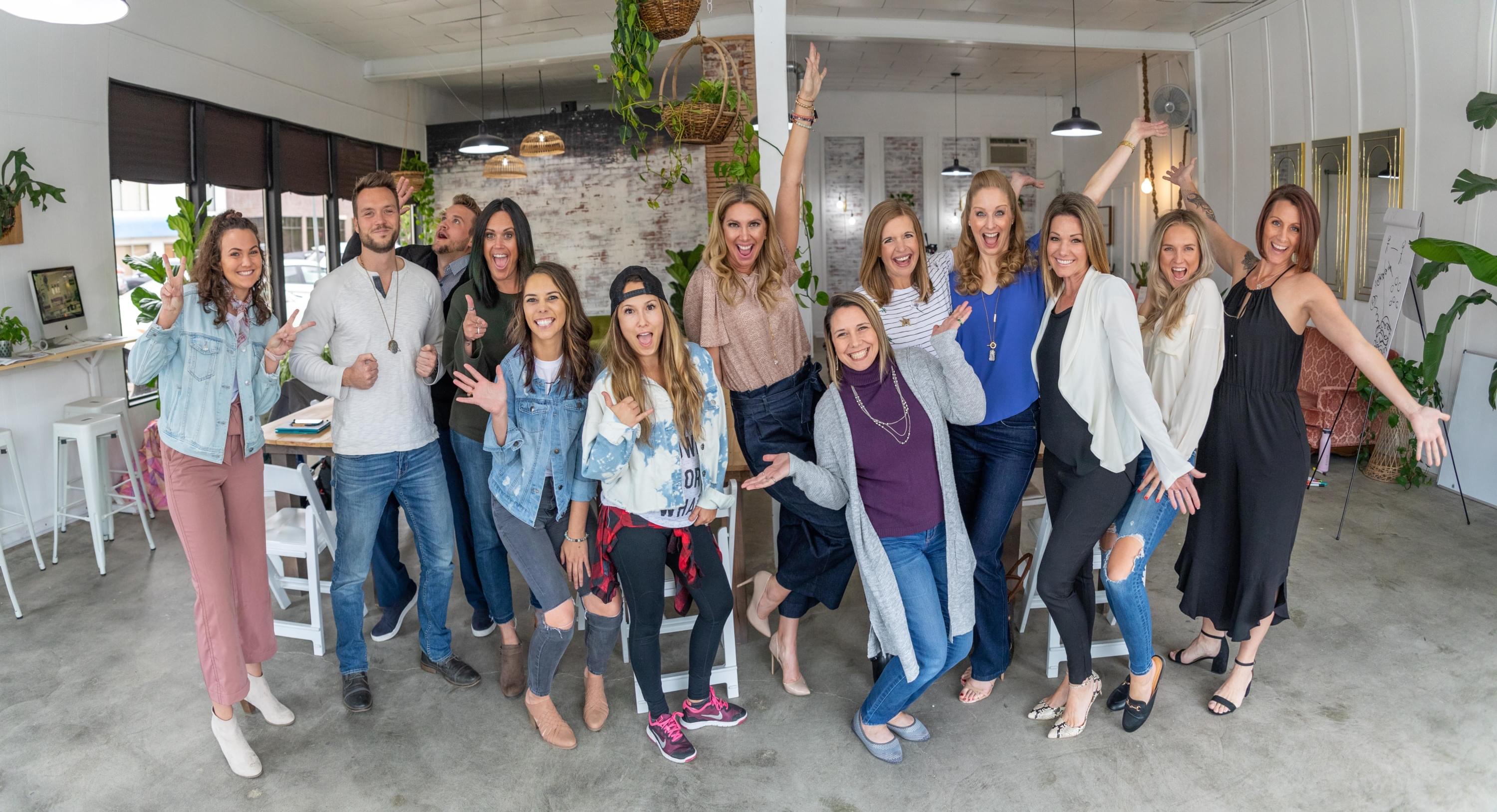 I DARE you to be a part of what God is doing with "Meant For More..."
Do you feel like you're "Meant For More" but you're not sure what "more" really is?
You know God has created you for "just a time as this," but you're waiting your turn for your purpose and anointing to be ignited?
Do you want to turn your "mess" into your message but you're struggling to figure out how to reach more people?
Are you looking for faith-filled besties to pray with (and for) and to do real life with?
Do you have a deep desire to make a major impact, to be equipped, activated and live full out in the dream God placed in your heart?
Then you're in the right place and it's TIME to ignite your purpose and dare to do all that God has called you to do...you ARE Meant For More...
Click to Join Us at a Meant For More LIVE Event!